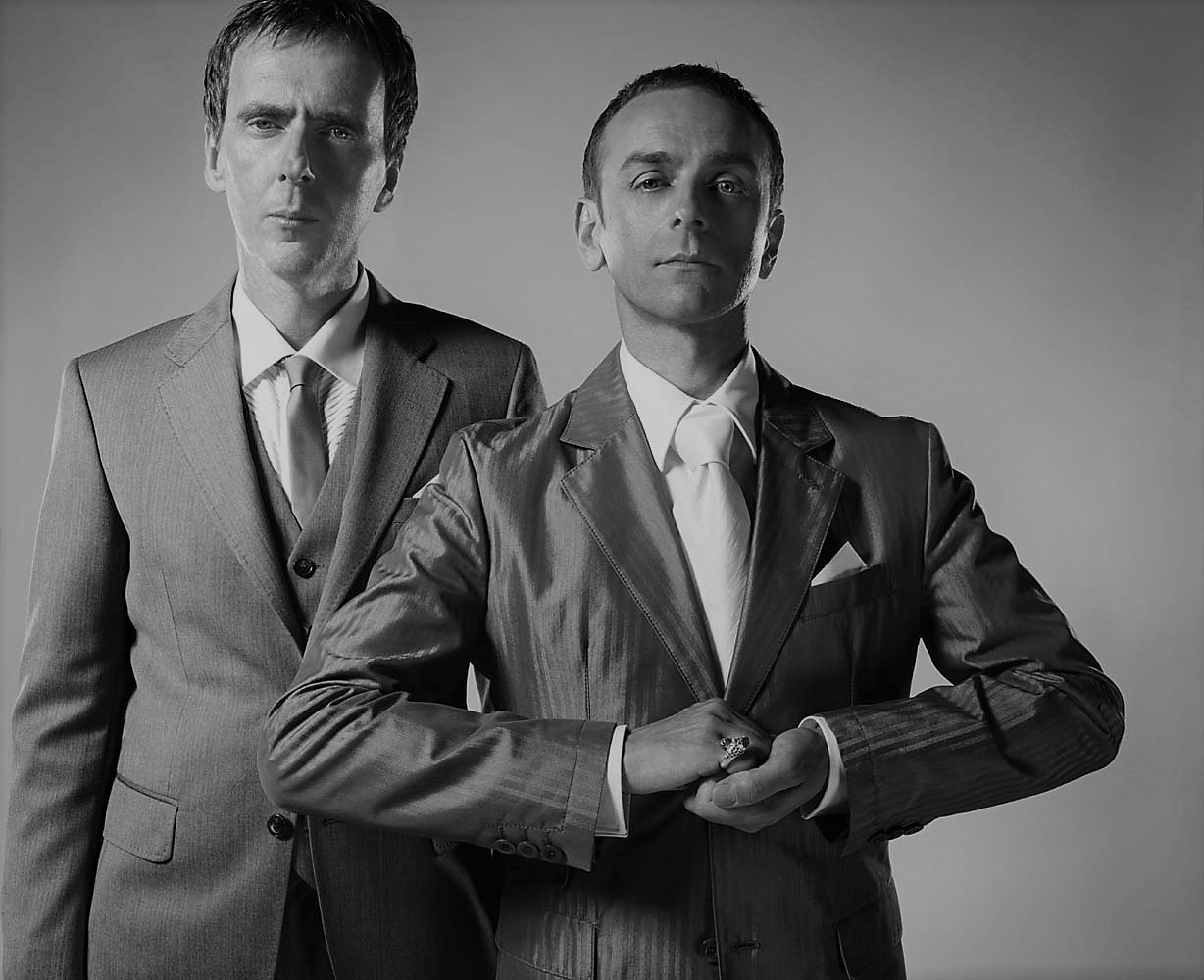 Underworld are a British electronic music group formed in 1980 in Cardiff, Wales and the principal name of Karl Hyde and Rick Smith recording together. Prominent former members include Darren Emerson, from 1991 to 2001, and Darren Price, as part of the live band from 2005 to 2016.

After briefly performing as a funk and synth-pop outfit, resulting in two albums between 1988 and 1989, Underworld gained prominence after reshaping into a trance and techno band, releasing albums including Dubnobasswithmyheadman (1994), Second Toughest in the Infants (1996) and Beaucoup Fish (1998), as well as singles “Born Slippy .NUXX” and “Dark & Long (Dark Train)”. Known for their atmospheric, progressive compositions, Hyde’s cryptic lyrics, and dynamic live performances, Underworld have influenced a wide range of artists and have been featured in soundtracks and scores for films, television, and the 2012 Summer Olympics in London.

“Dark & Long” entered the UK Singles Chart at #57 on 25 June 1994, for one week. The track made its first appearance as the opener for the album Dubnobasswithmyheadman earlier in the year. The “Dark Train” mix subsequently became better known due to its use in the film Trainspotting.