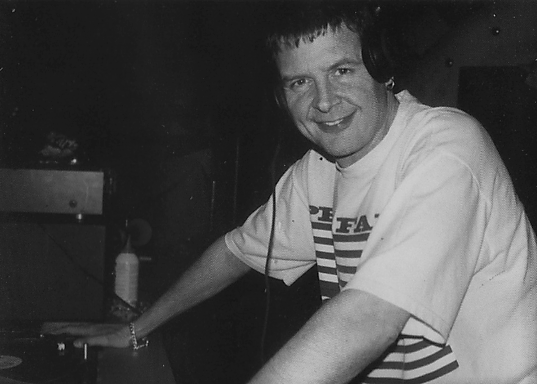 Anthony de Vit  was an English DJ and music producer and is considered one of the most influential of his generation. He was credited with helping to take the “hard house” and fast “hard NRG” sounds out of the London gay scene and into mainstream clubs. His single “Burning Up” reached number 25 in the UK Singles Chart in March 1995, with “To The Limit” making number 44 in September 1995. During that year he won BBC Radio 1 Essential Mix of the Year Award, as voted by listeners of the show, and Music Week’s re-mix of Year Award for Louise’s (Naked). He remixed many UK Top 40 hits during his career with artists like Taylor Dayne and East 17. Between 1994 and 1998 his popularity with the clubbing public was rivaled by only Paul Oakenfold and Carl Cox.

Tony De Vit first started DJing way before the house explosion in the local pubs in his home town of Kidderminster in the late seventies. Around three years later he received a residency at Birmingham’s premier gay venue, Nightingale. In ’88 he got received residency at Heaven in London after filling in for another DJ who couldn’t make the event. In the late eighties Heaven was the most prominent club within the Gay scene at that time and the gay clubbing scene was 3 years ahead of Rave. But Tony De Vit’s life was changed forever after visiting Trade at Turnmills in 1990. Tony De Vit went to the club after hearing good reports about Trade and he never looked back after his first visit. For what he was hearing was the foundations of Hi-NRG House and for him this was the future of dance music, this is where he belonged.

With this life changing moment, Tony De Vit embraced this new music but he had to leave his now 10 Year residency at Nightingale due to his change in music tastes. From there Tony De Vit got a residency for Raymondo’s Chuff Chuff – a cult series of events based around the Birmingham/Midlands area. Tony De Vit still visited his now favourite club Trade, he handed in tapes to the promoters as on a regular basis as he desperately wanted to be a resident there. In ’93 Tony De Vit fulfilled his mission and became a resident at Trade.

Within four years, Tony De Vit was in high demand due to his mixing ability as a producer with a string releases & remixes. Just as his career was stepping up a gear, Tony De Vit was dealt a massive blow when he found out that he was HIV-positive. This major setback would have knocked anyone for six, but Tony De Vit still carried on with his heavy DJing schedule until his health deteriorated suddenly during a holiday to America.

On the 2nd of July, 1998 Tony De Vit sadly passed away due to bronchial pneumonia and bone marrow failure.